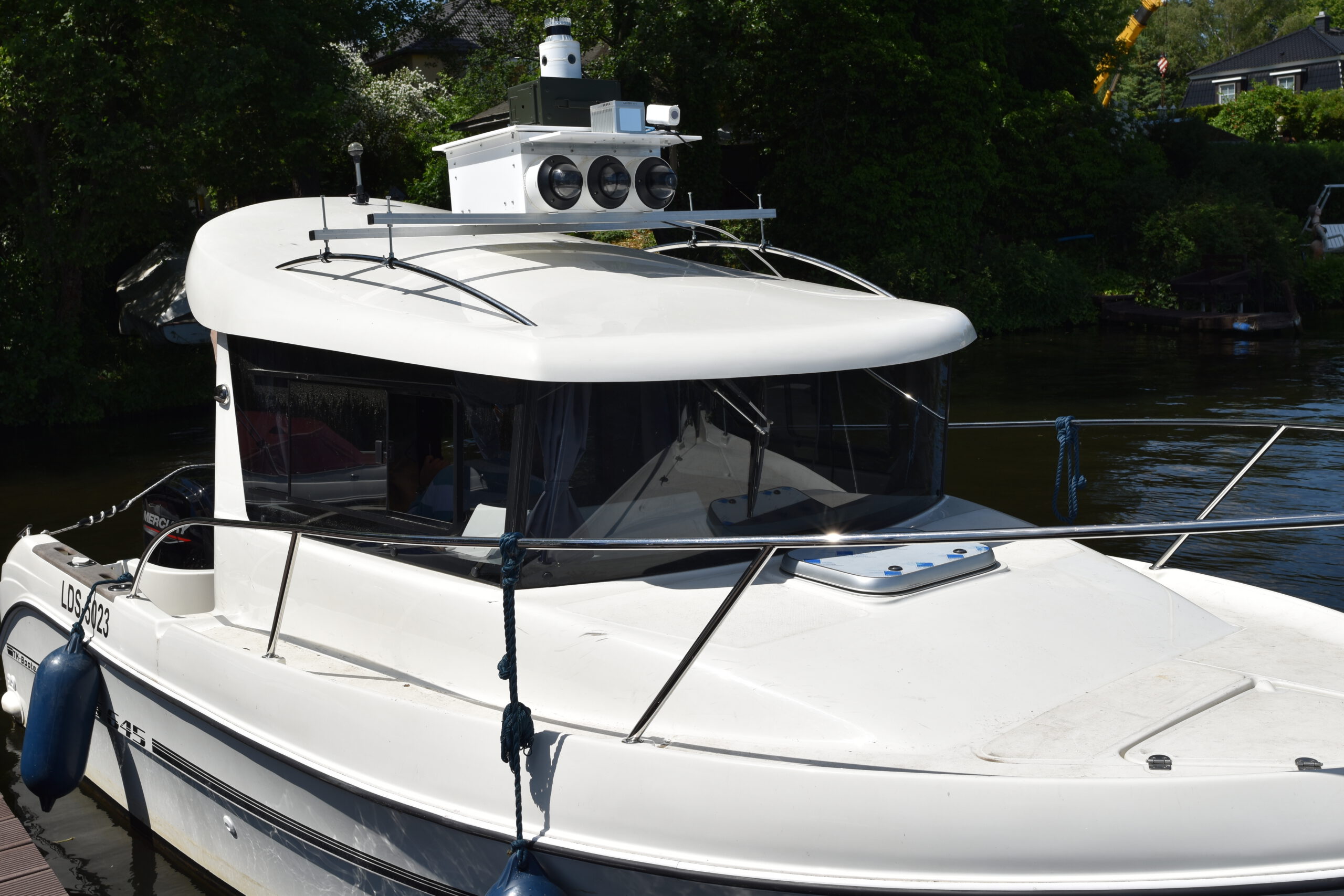 The DataSOW project initiated by TITUS Research GmbH for the development of autonomous inland navigation has recently been successfully completed. As part of the project, tests were carried out on the Spree-Oder waterway, collecting extensive data on infrastructure objects along the route. This data was then used to train and optimise an AI module. This provided an important basis for the navigation of autonomously operating inland vessels. The Federal Ministry of Digital Affairs and Transport funded the project as part of the mFUND innovation initiative with a total of 42,780 euros over a period of one year.

For ships to operate in a highly automated or autonomous manner in the future, they will require a valid model of their environment that is available in a digital form and enables the processing of real data recorded during the journey in real-time. Only in this way can ships navigate safely through inland waterways. The DataSOW project aimed to create a data and algorithm basis. Extensive data material was collected for this purpose. 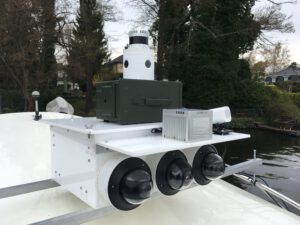 the sensor platform on the research boat

At the beginning of the project, the TITUS researchers first constructed a sensor platform and equipped it with various camera systems, a LiDAR sensor and different condition and localisation sensors. With the help of this sensor platform installed on a company-owned test boat, it was possible to collect extensive data material on the infrastructure objects along the Spree-Oder waterway during trips last year. The material was recorded under different light and weather conditions as well as in different vegetation periods and then compiled into a data set.

Based on this dataset, an AI module was trained, tested, evaluated and optimised, which detects and classifies the infrastructure components along the Spree-Oder waterway in near real-time with a probability of almost 90 %. In addition, a graph-based SLAM algorithm (Simultaneous Localisation and Mapping) was used to enable simultaneous self-localisation and comprehensive mapping of the surroundings. Both components represent an important basis for the navigation of autonomously operating inland vessels. Thus, the resulting data can not only support assistance and control systems but will also contribute to further projects.

Important step towards a higher degree of automation for inland vessels

TITUS Managing Director Prof. Dr. Uwe Meinberg was satisfied with the results of the research project: “The module developed is a basic prerequisite for achieving a higher degree of automation on inland vessels. We are pleased that with this project we were able to advance the development towards a fully autonomous use of inland vessels,” said Meinberg.

TITUS Research will continue to research the topic of autonomous inland navigation in the future. Within the framework of further research activities, the aim is to expand the data collection. For example, additional sensors will be used to collect new data on previously unrecorded objects such as other users on the water.

Find out more about the DataSOW project on our project page