Gender Note
For better readability, the masculine form is used for personal names and personal nouns in this document. Corresponding terms apply in principle to all genders for the purpose of equal treatment. The abbreviated form of language is for editorial reasons only and does not imply any valuation.

Requirements for Autonomous Vessel Control in a Lock

Autonomous navigation in a lock is a challenge for highly automated (inland) vessels due to many influencing factors. On the one hand, there is the locally very limited space for manoeuvres, in which various variable obstacles can be located. On the other hand, it should be noted that ships are basically characterised by a very sluggish reaction capability and are continuously in a three-dimensional movement; this means that position control must also be carried out continuously after stopping.

In order to avoid a collision of the ship with its infrastructural surroundings or with other mobile objects, a fusion of different sensors is necessary that can detect lock walls and gates, other ships, floating objects such as ice floes and measure corresponding distances. The sensor technology must be able to detect the surroundings and the traffic situation reliably, quickly, in a relatively wide range band and also in poor visibility conditions (e.g. darkness, rain, fog). Furthermore, fast processing and evaluation of the data is necessary, which can then be used to control the ship.

When approaching a lock, it must be possible to detect it from a relatively large distance in order to be able to initiate the stop as soon as a defined distance is reached (depending on the type of ship). The achievable accuracy of the sensors used to determine the distance plays a rather subordinate role. In the immediate vicinity of the lock, the speed must be reduced to such an extent that exact manoeuvres are possible and obstacles in front of or in the chamber can be detected. In addition, it must be ensured that the gate is open and that the inside of the lock allows safe entry. For orientation during this process step, forward and sideways oriented sensors are sufficient. The ship is then aligned parallel to the (straight) lock walls and enters the lock straight, with small automated changes in direction. This requires sensors that achieve very high accuracies with regard to distance measurement in order to provide the fine control of the navigation systems with sufficiently valid data. Furthermore, due to the movements of the ship around the vertical and longitudinal axis, additional sensors are required to eliminate blind spots, for example.

A combination of distance sensors, such as lidar, radar, sonar and ultrasound, in addition to camera systems, therefore lends itself to sensor fusion for the autonomisation of the process.

An extension with acceleration sensors also enables the detection of the intrinsic speed as well as the direction of movement and thus creates a solid data basis for the precise control of the lock chamber. 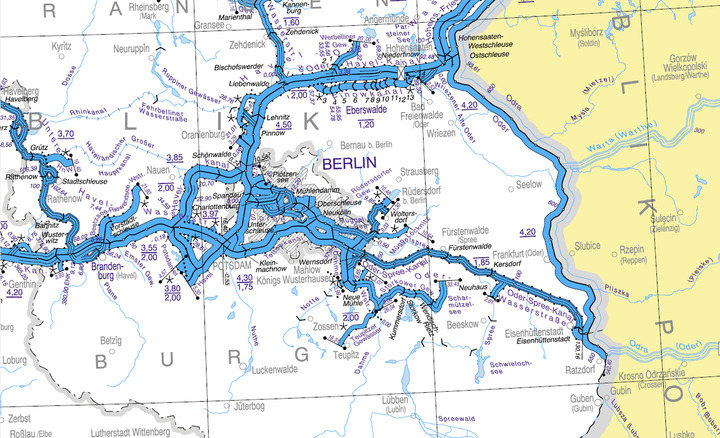 In the project DataSOW, TITUS is already conducting initial tests with different sensors, using a lidar sensor to detect spatial object geometries and distances. In addition to this, a camera duplicate enables the recognition and classification of navigation signs and components.