In our work, we consider not only unmanned autonomous vehicle systems and their specific missions but we also deal with the entire ecosystem that is made possible, as well as necessary, by the increasing use of dedicated technologies. Thus, TITUS Research is taking a holistic approach to enable customers and partners to best shape the transformation process towards the integration of self-learning and self-deciding systems.

In focus: Requirements for infrastructure and user-oriented control

In its work, the Department of Infrastructures addresses two central questions:

Which aspects play a role when dealing with the topic of infrastructure?

When it comes to the use of autonomous vehicle systems and their integration into new or existing process chains, there are several reasons to deal with the topic of “infrastructure”.

It is important to analyse which requirements arise from the interaction of system and mission. A vehicle system that operates on agricultural land requires an entirely different infrastructure than an autonomous transport boat that delivers goods to strategic points in urban areas.

Part of the analysis is also to look at what is already in place and check whether the load or burden is changing. For example, are today’s roads and bridges capable of handling the additional load caused by a reduced safety distance and the permanent use of the exact same lane? While the answer to this question is easy to estimate, the answer to the conclusion is much more interesting: How do we deal with it?

Physical hurdles in the process chains have to be identified and eliminated. If we think of the numerous lock systems in inland navigation that are still operated manually today, it quickly becomes clear that these will have to be prepared for new tasks in the future so that they do not become an insurmountable obstacle in the process chain.

Locks can become a hurdle for autonomously operating ships

In order for intelligent/autonomous systems to develop their maximum added value, we must ensure that they have access to elementary supply resources. Because autonomy also implies that there is no or at least minimal effort for third parties at this point. Energy supply and maintenance play a critical role here. For example, sharing models with autonomous vehicles, as often found in new mobility concepts, create exciting research and development project incentives. This could lead to the following question: how can a sharing car that has been parked on the outskirts of a city after a trip be supplied with the necessary energy there and thus become part of the ecosystem?

Communication and control are of crucial importance

An important aspect in the work of the infrastructures department is the topic of communication and interaction. The popular abbreviation “V2X” (Vehicle-to-Everything) covers the networking of vehicle systems with each other and with cloud services and infrastructures. Due to the progress of modern communication technologies, there is enormous potential for these topics. Low latencies, high bandwidths, edge computing and campus networks enable the development of new business models and use cases for (partially) autonomous vehicle systems.

A separate position is occupied by user control and monitoring. As already indicated, one of TITUS’ goals is to bridge the gap between the complexity of the systems and a high level of user orientation. Many cross-cutting issues, such as dispatching, mission planning & monitoring or fault & accident management, are encountered in almost every vehicle system. Since autonomous systems have certain degrees of freedom in fulfilling a given mission, it is crucial to create a high-performance monitoring/control instance and traceability for the user.

In addition, optimisation methods, e.g., the simultaneous use of several vehicle systems (fleet & swarm management), are incorporated here. The goal of TITUS in this context is to rethink the classic control centre and, in addition to the functional requirements, to develop new user concepts that are optimally adapted to the respective needs of the users. In addition to UI/UX methods, innovative and unconventional ways are being thought of. Why, for example, do many people spend money on gaming software and willingly learn extensive and complex mechanics, while the introduction of new professional software in companies is often met with resistance? 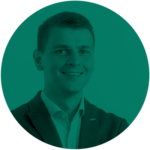